Posted on November 6, 2013 by servicephoto 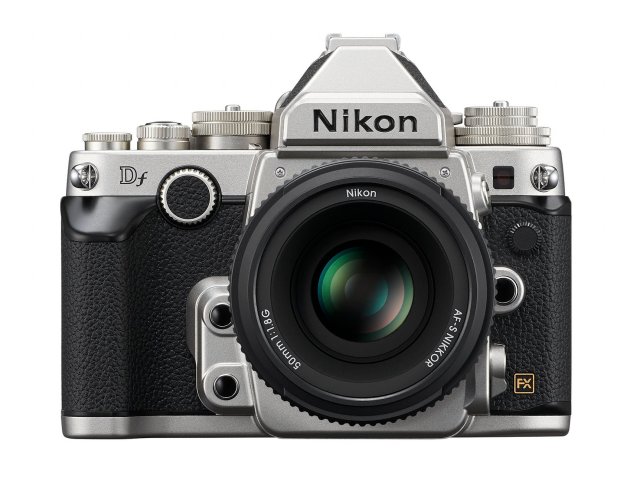 When a new, major Nikon camera product is announced, there is no shortage of opinions expressed via website blogs & other media. This is certainly true of the new Nikon Df SLR – and while some are busy criticizing the price, the design, or the features, I feel that this new DSLR is an exciting event for many involved with photography. Here’s why:

2012 saw the arrival of several new & groundbreaking full frame SLR cameras from Nikon & Canon. The camera industry was busy fulfilling orders for these new products, and photographers were happy playing with their new tools (or toys). There seemed to be something new for every photographer – up to 36MP resolution, higher ISO shooting with greatly reduced noise, seriously fast burst rates, vast improvements in autofocus, and other features that were significant improvements over previous models. The new D800, D4, & EOS 5D Mk III cameras were embraced by many photographers – and their previously owned D3, D3s, D700, & previous 5D models were traded-in & made available to other lucky photographers, with slightly different needs or budgets. In short, it seemed that 2012 was the long anticipated year of the SLR – a welcomed event, after delays brought about by earlier natural disasters in Asia.

But so far, 2013 has been a very different year for the camera industry. There had been no major full frame SLR introductions this year, and it seemed as though the major manufacturers (Nikon & Canon) had covered most of the needs of most serious SLR photographers with the 2012 models. For the camera industry, 2013 has been a year to regroup, reassess the needs of photographers, and to “tighten up” businesses by getting a handle on costs. I don’t know about you, but I sure didn’t know what to expect next. But I did know this: a camera brand that had once seemed insignificant was now capturing the interest of many photographers, with fantastic optics, a retro feel & design, and a revolutionary sensor. The Fuji X-Series cameras has been one of the biggest surprises of the last 2 years, and 2013 saw the Fuji X-Series grow in popularity with new camera models & lenses. Did Nikon take notice of the Fuji X popularity, and try to catch a little of that lightning with their new Df retro design? I don’t know, but I do think that this new SLR is exactly what many photographers have been waiting for.

The new Nikon Df has blended the simplistic control & styling of classic Nikon film cameras (like the F3 & FM series) with the advanced technology of Nikon’s flagship digital SLR camera. The Df design is classic, modern, personal, & inspirational – and oh, by the way, it produces fantastic still images – and still images only.

The Df does not have a lot of bells & whistles, and the Df photographer will be able to concentrate on pure & classic SLR photography while enjoying the benefits of serious technology like the 16.2 MP sensor (same as the D4), 39 point AF, and a high ISO expandable up to 204,800. Photographers who remember the classic Nikon film cameras should find comfort & familiarity with the new Df. For them, it will be a faithful companion with current advantages. And hopefully, the younger breed of photographers will embrace the Df’s classic styling and utilize some older Nikon glass.

The Df price has been a topic of debate, and I think that Nikon got it right. Unlike the Fuji X-Series camera buyers, most Nikon photographers won’t need new glass with their Df purchases. So, the cost is comparable, and the features are attractive. The great thing about photography is that there really is no “right” or “wrong”. Instead, photographers can find the equipment & process that works for their individual creative style – and go with it. The Nikon Df should be a nice fit for many.  And, lets not forget that there is a pre-order link on our homepage –  http://servicephoto.com/pre-orders.html

This entry was posted in Uncategorized. Bookmark the permalink.

This site uses Akismet to reduce spam. Learn how your comment data is processed.